News
The latest news of ESC Aluminium Systems and the industry 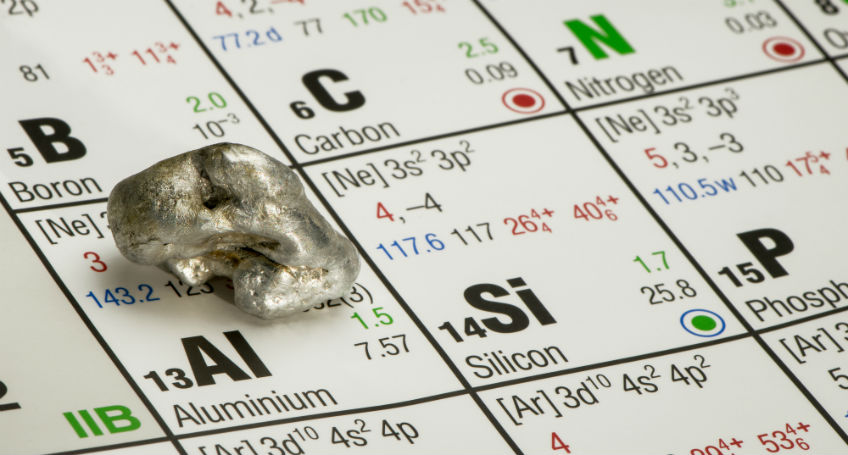 In most homes when the word aluminium is heard most people automatically think of foil. After all, aluminium foil is present in almost every single kitchen across the globe. But aluminium is so much more precious than that, and the vast majority of people are unaware that it surrounds us a great deal playing key roles in everyday life from transportation, construction, packaging, electronics, utensils, household items and so much more.

Aluminium is the third most abundant element in the earth’s crust and its compounds have been used by man since the earliest of times. Ancient Middle Eastern civilisations used its salts for the preparation of dyes and medicines, and at one point in history, it was considered such a valuable commodity that rulers and the wealthy preferred impressing their guests with plates and cutlery made from aluminium rather than gold.

In 1825 Hans Christian Oersted was the first to prepare pure metallic aluminium and in 1845 Friedrich Wöhler established many of the metal’s properties, including the remarkable lightness. It was this discovery that truly excited researchers and paved the way for development.

Aluminium is a product with unique properties. It has a low density, is non-toxic, has a high thermal conductivity, excellent corrosion resistance, is non-magnetic, non-sparking and can be easily cast, machined and formed. It is the second most malleable metal, the sixth most ductile and is 100% recyclable. As an alloy it is both strong and durable while maintaining its light property. These exceptional qualities have made it an essential product for the building industry.

Aluminium was first used in quantity for building and construction in the 1920s. The applications were primarily oriented toward decorative detailing and art deco structures. The breakthrough came in 1930, when major structures within the Empire State Building in New York were built with aluminium; including interior structures and the famous spire.

Today, aluminium is recognized as one of the most energy efficient and sustainable construction materials. It is the second most widely specified metal in building after steel, and is used in all sectors from commercial building to domestic dwelling.

We can proudly say that the extraordinary characteristics and properties of aluminium as a material have lead to revolutionary and innovative changes in building techniques and in architectural and engineering projects. Aluminium is leading the way into the future of the building and construction industry and we are excited to be a part of this journey.

Previous Post
LATEST NEWS
The history of Aluminium
In most homes when the word aluminium is heard most people automatically think of foil. After all, aluminium foil is pre ...
Read More
Welcome

ESC Aluminium Systems was established in the Middle East in Dubai, United Arab of Emirat ...

Our work is driven by a strong understanding of the buildings and awareness of human nee ...